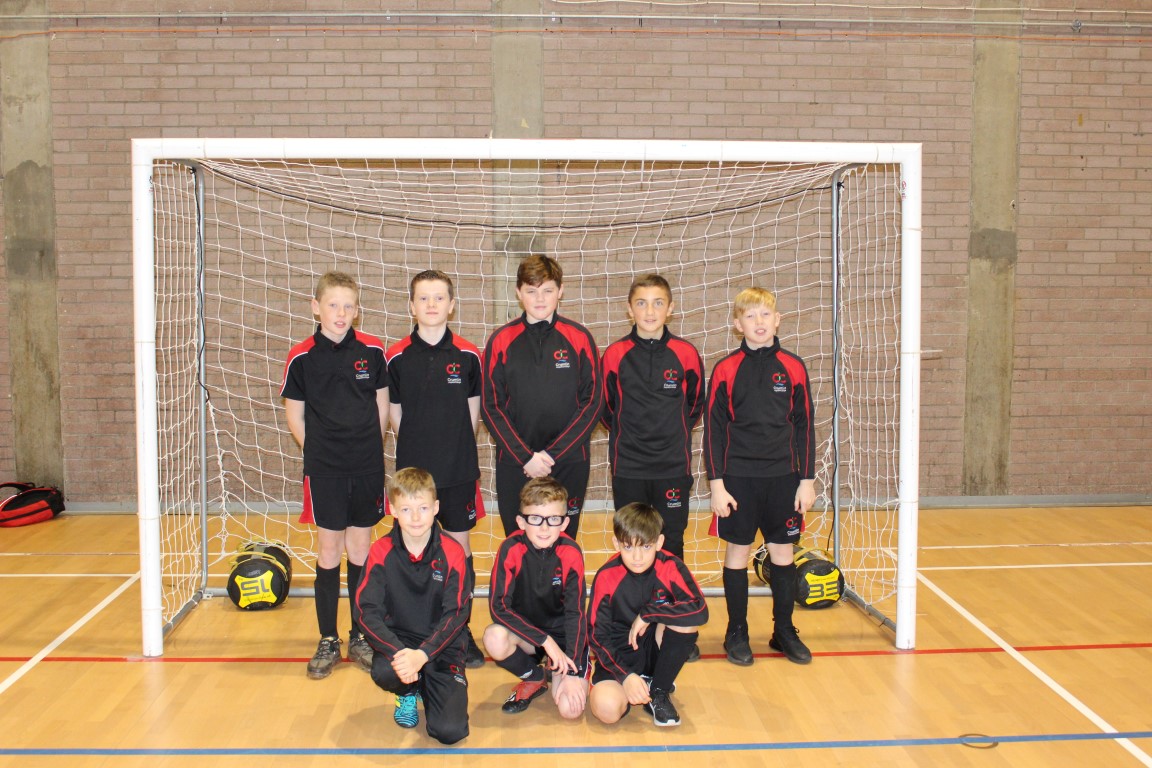 On Friday 18th October, eight members of the Year 9 school football team travelled to the Antrim Forum to take part in the IFA’s Co Antrim Regional Futsal Tournament. Futsal is a form of five-a-side football which seeks to develop the technical skills of young players and is played on an indoor court. This was the first time a team from CIC had been entered for the tournament and the boys did not let themselves down! The team finished third in their group, with one win, two draws and one defeat. The highlight being a 3-0 win against Abbey Community College (A).

All the boys played fantastically well throughout the tournament and deserve much credit for their enthusiasm and effort.