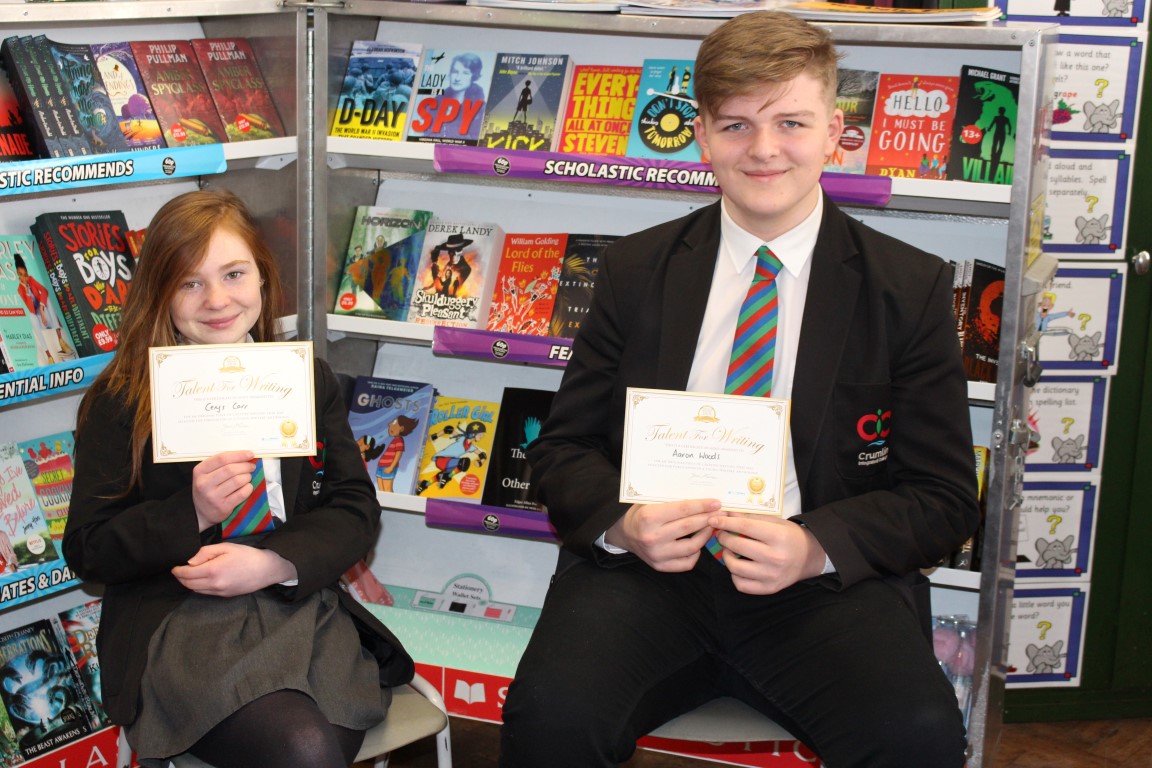 The English Department entered some of our wonderful pupils into the Young Writers’ Survival Sagas: Mission Catastrophe competition. The competition received in excess of 24,000 entries and here in Crumlin Integrated College it helped to ignite the imaginations of many. We are delighted to announce that Cerys Carr and Aaron Woods have been selected for publication. We look forward to seeing their stories in print, and in the meantime we share two short extracts:

The Disaster of Pompeii

“Poppy yelped out in pain. Immediately, my daughter rushed over to help her. The lava was flowing towards them. I grabbed a random girl and I urged her to take my daughter to safety. She complied, scooping her up and taking her away. I rushed over to Poppy, sprinting with the dog in my arms. Suddenly I tripped. It was too late for me, but I had to save my daughter’s dog. I was terrified as I watched the lava flow towards us. I was at the doorstep of death…

A tear ran down my face. I was over…”

“It was a normal day in Larne and I was in the middle of an Ulster Rugby competition. It was like the weather was trying to kill us, but we still played. My mind racing. I felt the ground shaking. I stopped and was hit by something: the rugby posts. Both my legs were mangled as if they were in a junkyard. I was screaming at the top of my lungs, unable to see what was happening. I could feel it; I could see the light. I was bleeding out. Death was as close as a best friend… “